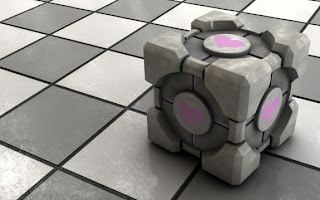 I feel like a bad blogger again, having not posted for, oh, let's see, two months I think it's going on? But I figured it was time to throw something online so folks know I'm still alive, still sorta writing, and have no interest in letting the blog die, but times are busy right now. As I've said in the past a few times, when I'm pressed for time, writing a micro-essay on paintball isn't at the top of my to do list. As much as I love other blogs like GreyOps and Catshack Reports, which I go to very regularly for news and reviews of paintball stuff, I'm not the sort to do a two or three sentence post and link out to a different website for a story. I like having 100% original content on here and unless I'm posting some kind of photo gallery, I have a minimum length I like to keep my posts at, that being about one page, single spaced, 12-font, typed in Open Office.
So outside of Eight Pound Ops, here's where I am: I'm taking a heavier course load than ever before in school which is gobbling my time up, as a result I don't get to go to the field very much these days, I even missed the end of season last weekend. I don't have the same inclination to write in my free time when writing happens to be all I'm doing in my other time. I've been getting out on the longboard a lot, which has been nice since I don't need a ride anywhere to do that, don't have to pay a fee, and don't need a few buddies to make it a good time. As a result I should be probably posting on that blog more than I am, but it's like ever since I started the second blog about longboarding, suddenly the thought of maintaining two blogs is scaring me away from doing anything on either one of them. Crazy.
I have a few articles which are near completion, though only a few, and most of them are reviews, too. There's a chance I'll be able to post some of them before Christmas which itself will bring some free time to write a little more. There is the 5.11 TDU Rapid Assault Shirt, Milsig Hydration Vest, a little commentary on pros and cons of the T8.1 and TPX pistols, and just to mix things up, I hope to do a review of the latest Call of Duty installment as well (I can only do one and not the other so Battlefield will have to wait!). That review would also come way-late since only being able to pick one game for the next couple weeks means Skyrim takes priority! I have no stories up my sleeve right now for this blog though, given that playing doesn't fit into the schedule as it used to, and this makes me sad as well since Kamloops Paintball Games just started selling some really excellent smoke grenades.
A fellow recently posted on the Facebook page (which by the way has a staggering 2 fans!) that he liked the Week of Valken, and was sorta sad to see there had been no new content appearing on here in over two months. That was a bit of a motivator for this post and has got me back to thinking about doing something I'd been considering since mid-August, that being a “Week of GoPro”, which given the recent release of the HD Hero 2, might just be a smashing idea. I'll let you guys know a little closer to Christmas how that's shaping up.
Don't be a bonus baller!
Posted by Kris at 2:07 PM