Ok, Ok, I realize a review needs to be somewhat more comprehensive than that but seriously, if you order one now, then it'll be 10 minutes closer to be delivered to your door by time you finish reading this post!

I've been a skeptic of this grenade system for a long time, for the most part because around the grenade's major North American debut, I was pretty poor, and anything with disposable parts that needed replacing didn't seem like an intelligent investment to me, short of ammunition for my markers that is. I had some disposable income over the summer however, and picked up a set of 12 shells and the actual grenade assembly and it was totally worth it.

I'm going to share with you a short story now about how effective this little unit is, but I strongly recommend you do exactly what I DIDN'T* do and ask you field supervisor if these are A-Ok to use at your field. Let me clarify: I did not get a verbal warning for throwing this device and most certainly didn't smuggle it into a game, I just mentioned I had a new and very loud toy for the field which I had not yet tested which was probably going to go kapow a few times over the course of the day but kept what it was very hush-hush. Don't want to give away all my secrets to every player attending, right? The first time I used one of the Thunder-B grenades was at a Kamloops Paintball Games scenario called "Miami Vice." First scenario of the day went as follows: Each team needs to locate and capture two bags of contraband, the first one they need to find is the one deepest inside enemy territory, the second bag is somewhat closer to home, but for capturing bag number two to count, bag number one must make it home first. Not too complicated, and it played pretty good.

I was working my way up the center of the field toward the opposing force's base with a small group of regulars and I was armed with my trusty Phenom, we were leap frogging from bunker to bunker when we spotted the first contraband bag. It was right in the middle of a clearing with no real good way to get to it short of a mad dash there and then back and we knew for a fact there were a few sneaky renters loitering in the bunkers surrounding the clearing. I prepared to do what I normally do in these situations and that usually involves ditching my vest and gun to sprint in and grab the objective. I have a few guys behind and beside me to hold down the bunkers in the clearing so its looking like a pretty good set up. But I have this sound grenade. This new toy I really want to throw and so I rationalize me first throw to myself: it'll be a good distraction, or maybe it'll startle them into keeping their guns to themselves a bit longer so I can get a head start on running this bag home. My Team mates and I quickly confer about the plan, I pull out the grenade, yank the pin, release the handle so the hammer inside punctures the 12 gram, and I toss it.

Then I hear something I've only heard once before, and that's a sound like a tire exploding on an 18-wheeler doing 100 down the highway. Yeah, no kidding, that's how loud this grenade is when your playing outside. Suffice it to say, I was giggling like a little girl all the way to the contraband bag and back to my base. Players were definitely rattled and didn't start firing their guns again until I'd run halfway home already, even my teammates covering me because the opfor was too spooked to poke their heads out! The Thunder-B grenade is incredibly effective at what it does, and provided you have the element of surprise when you use it, it can make the enemy wet themselves. Used too much however, and the effectiveness wears off, as does the novelty. If you're using the grenade every game at very predictable moments then the opposing team will know what to expect and when, so it's more of a rainy day kind of device.

But no review is complete without a breakdown of the components, craftsmanship and just how the unit works. The specific package I picked up came from Tactical-Mod Canada and was the "Hakkotsu™ Thunder-B CO2 Sound Grenade Flashbang 12-Pack w/ Shells" and I managed to get it on sale, regularly it's $59.99 and I think it ended up costing barely more than just one regular sized smoke grenade at our field, so I was feeling like a very crafty consumer indeed. The package came with 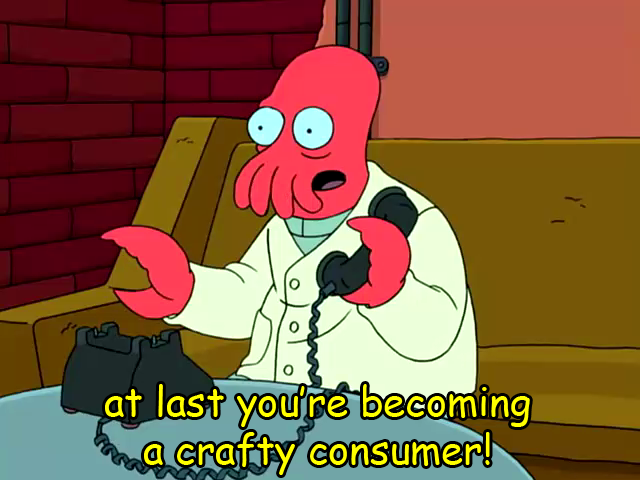 lots of goodies inside, the grenade's fireing pin, hammer, and handle assembly, 12 shells, an extra pin, a spare gasket (which I've now lost entirely), as well as a relatively recent addition to the Thunder-B system: 2 sets of compression rings. Hakkotsu manufactures a variety of a Thunder grenades and while you can still buy the old shells which are just a green or black plastic cylinder, you can also now buy pipe bomb style and pineapple style Thunder grenades. The flashbang-looking grenades with the compression rings are the loudest in the family. The rings prevent premature blowouts of gas from either end by screwing on and doing as their name implies: compressing. This allows more gas to enter the cylinder before the shells explode outward creating a bigger bang. I should mention now that it's not a particularly violent explosion aside from the sound, and so no shrapnel will be flung out from the grenade upon detonation. Also, if you fill the grenade with BB's prior to the game those won't be flung out either, so using one as an airsoft frag grenade isn't really going to work. They can make an interesting poof if you fill them with some baby powder though!

Operation of the device is very simple as well, I was able to get a good grasp of it without Youtube or the instruction manual, but after accidentally discarding a set of my compression rings since I didn't realize immediately that they weren't disposable, I strongly recommend at least give the manual a quick once-over. All one needs to do it pry back the hammer which punctures the CO2 12 gram, flip the dead-man handle over top of the hammer, and slide the pin in place through both the hammer and handle to prime it. CO2 cartridges go in the bottom of the assembly by unscrewing a nobbled aluminum cap, placing the cartridge inside skinny end first, and replacing the cap. After that it's as easy as selecting the shell you want and placing compression rings on it if required. Using it on the field, all one needs to do is pull the pin while gripping the dead-man handle and toss when you're ready. Remembering to hold onto the dead-man handle is important, it will allow you to delay puncturing the 12 gram until you're ready to throw it, or replace the pin if you change your mind about throwing it entirely. If you don't hold that handle while pulling the pin, the hammer will puncture the 12 gram and it'll go of in your hands.

Construction of the reusable parts is pretty good but won't be winning any awards. It's mostly aluminum with a few rubber seals which need replacing from time to time. The handle and hammer mechanism on top is what'll take the most beating during use as it is the most top heavy part and will likely hit the ground first after every throw. In the woods where its mostly falling on dirt its ok, but at an indoor CQB arena with a cement floor, it's lifespan might be limited. While the hammer is a pretty solid chunk of metal, I expect I could probably break the handle with my bare hands if I tried but after about 24 throws its still in one piece. All in all I'm very impressed with this unit and will definitely be buying an additional package for spare parts and shells this season!

So did you order one yet? Why not!? We need more of these on out fields!